Dave Windass Talks About Heads Up Festival And It’s Future

Hull playwright Dave Windass has spoken about the upcoming Heads Up Festival which will start on Saturday 5th September as part of Freedom Festival for the third time.

“We’ve been delighted to start Heads Up as part of Freedom Festival which has allowed us to take some really good shows to Freedom, but the festival is going to be restructured from next year,” he said.

Heads Up Festival has always been a twice yearly event every March and September but from next year it will be an annual event with it taking place in March although this doesn’t mean that Heads Up won’t have a bond with Freedom Festival.

“We hope that Heads Up Festival, as a brand, will be able to contribute theatre to Freedom Festival,” he continued.

Speaking next of future plans for the festival moving forward to 2017 with a purposeful look about him he says, “We’re seeing it as maybe a bit of an international festival, kind of like maybe the Edinburgh Fringe, although that’s a really big ambition.

“The festival was already going before we won City of Culture so Heads Up was a sign of Hull’s ambition, but now we want it to grow and go to other parts of Hull other than just in the city centre.”

We then spoke about what shows that are coming up in September for this Heads Up Festival and the first one that gets mentioned is one written by Mr Windass called Revolutions which has been in development for about two years and is being shown by Ensemble 52 at Freedom Festival first before moving on to a short run at Hull Truck Theatre.

“For me as one of Ensemble 52’s team, and the writer of that show, it’s very exciting to present that show as part of Freedom Festival and at Hull Truck.

“We’ve also got a show at Freedom Festival called At The End of Everything Else which is going to be in the big top and it’s powered by pedal power with the actors actually on bikes to provide the power for the show.

“Wot? No Fish!! Is also a great show that will be on at Kardomah 94 on the 2nd weekend of the Festival.

“The whole festival has some really innovative work that’s really human to the core that people will be really able to identify with.”

Talking about companies that Heads Up would like to forge partnerships with names like Middle Child, Silent Uproar and Pony Express Theatre Company are mentioned along with many others.

“Hull’s theatre ecology is really exciting and I think Heads Up is a really good umbrella for them to present their work.” 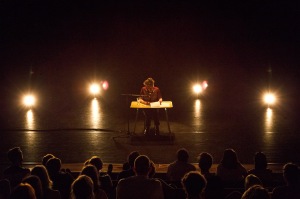 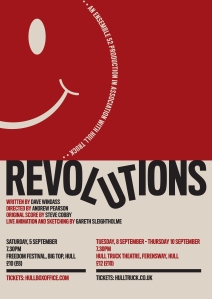